Way of the Womb 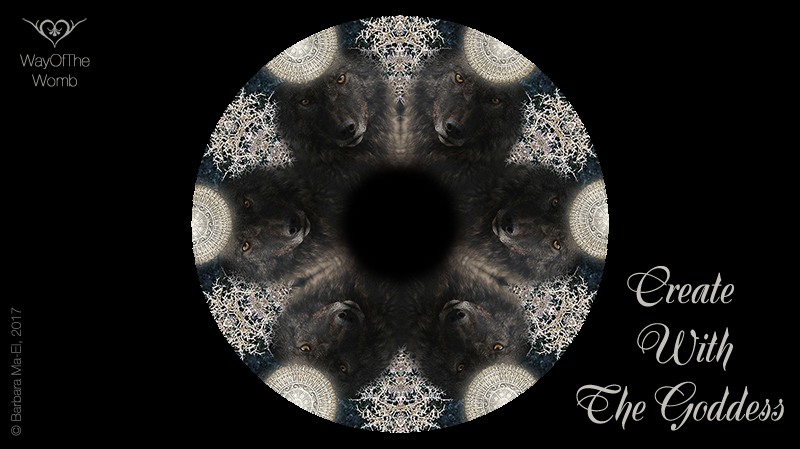 Myrrh - Wolf - Silver Womb Mandala © Barbara Ma-El
The Truth Of The Goddess
Why Her Power & Compassion Are Called For In Going Forward!

The moon has long been associated with The Goddess.

Of all the noble metals, silver has been assigned the greatest affinity to the moon since time immemorial. There are many myths telling how silver came from the Goddess of the Moon, containing all the purity of The Goddess.
Indeed, Diana and Athena - the Roman & Greek goddesses of the moon respectively, were considered protectresses and huntresses that destroyed their quarry with a silver bow and arrow.

To the ancient alchemists, silver has always been regarded as a metal of High Magic, whose abilities reach beyond the base polarities of 'good' and 'evil'.

Silver Is Legendary and so is the Silent Power Of The Goddess!

In mythology, movies and marvel comics silver is often allocated a divine ability to ward off evil and to deflect the likes of 'vampires' and 'werewolves'.
All such legends and urban myths find their roots in some variety of ancient wisdom. Sure, like Chinese Whispers, much gets elaborated and redacted according to the whims and imagination of authors and producers of their times. When it comes to Silver however, a common vein has survived the test of time and all manner of tall tales.

Our ancestors engaged with Silver in really practical ways :


Being a noble metal means it is, as a physical substance, impervious to corrosion. It doesn't rust, and oxidises only very slowly turning its surfaces black.
Since it has such highly purifying qualities at the physical level, could it also offer the same gifts of frequency at the spiritual level, too?
It is noteworthy that physically silver's black oxidation is easily cleansed and the metal restored to a lustrous shine. The same is true of our soul, too, with a bit of clearing and cleansing we quickly get back to shining the truth of our brilliant selves!
For such a rich trove of legends to have survived the passage of the ages, that ascribe silver with an ability to protect from and even destroy evil, it sure seems there's more to this beautiful white metal, than meets the eye!


REFLECTIONS OF THE SOUL

Let’s delve into some deeper considerations!

The moon has no light of its own - it graciously receives the sun’s blazing light and softens the glare to reflect a more gentle radiance.
Similarly, silver reflects light too, and better than any other element. Humanity's earliest mirrors were made of polished silver. Whomsoever encounters silver then, is invited to see themselves and this includes spiritually for it can magically also reveal the true state of one's soul.
The vampire legends tell us that if something evil without a soul looks into a mirror of silver, it will see nothing at all.
This suggests that one of silver's high magical abilities could be in reflecting reality.
If we look to the moon, it certainly reflects the purity of the sun's light truthfully. The Goddess is known for standing by and protecting truth and like the moon softens what can sometimes be the light of truth's rather harsh glare, with her gentle compassion.

When we reflect with the Goddess in her silver mirror, she can show us wether the light we see reflected back to us, is source light over-flowing from within or wether it is light that’s been captured, rearranged, enslaved, repurposed, manipulated to generate the desired appearances of deceptive mirage and delusion.
Considered from another angle, She can and does reveal that which presents as what could be called ‘evil’ which has very little to no light of its own. Evil is that which has chosen the illusion of separation from the source of light. It can thus only reflect the light it has deviously manipulated and harvested from without. It has forgotten the original choice to split away and has led itself to believe that harvesting the coveted light is the only option - which of course is deluded!
When delusions become illuminated by the honest silver mirror of The Goddess, the reality of their baseless non-existence and fragmentation is exposed.
In the face of realised delusion and with its powerlessness unveiled, the opportunity arises for the delusion to be purified.
In the case of 'vampires' or other such negative entities, they may in the presence of silver find themselves confronted and they may even appear to dissolve - seemingly vanquished by silver's mysterious powers. It's also possible that an acceptance of the transit back home to unite with The One Source of All Light, has taken place.
The outer world is always made manifest by the inner world - so if an aspect of our inner shadow has been integrated back home to The One Source of All Light - yes inside of us (!), then any outer demons or entities must also depart and take their leave - they may return to The One Source of All Light, too, if they so choose. If this is not acceptable, they must at the very least move along, since their immediate purpose has been served at a given human locale . . . until the next purifying opportunity for a ticket home reliably arises!

Such is the compassionate, quiet power of The Goddess!
She offers the truthful reflection and more so, is able to illuminate and purify delusions and also what is termed 'evil'.
It's really no small wonder that Her abilities have been inverted and projected back upon Her, thus slated to be the so called origin of ‘evil’!
Can’t have a principle on the loose whose very nature is to expose inversion, delusion and untruth! ... up until, now that is!


THE RETURN OF THE GODDESS - IT'S NOT GLAMOROUS!

To me ‘The Return Of The Goddess’ into the consciousness of humanity, heralds a grand unveiling of deception.
The revelation of Truth.
The purification of Shadows.
Thing is they can’t be purified until realised - both personally and collectively.
It means getting real about what drives our unconscious wants, facing the proverbial and real demons (inner and outer).
It’s not sounding so glamorous is it?
It’s not.

Glamour interestingly, counts as one of the delusions we must all deal with if we seek the soul’s authentic freedom of expression in this realm.
Glamour is emotional delusion.
The clearest example is the seduction proffered by the well oiled and monied engines of marketing that emotionally manipulate us to buy . . .

[ INSERT anything prestigious or deemed popularly desirable : a certain brand, makeup or look, fashions, a diet, a model of car, a particular type of house or holiday, the special-est priestess program or ‘become a goddess’ workshop, etc.]

[ INSERT any desirable feeling : good, happy, worthy, better than, more than before, special, belonging, feminine, goddess-y, successful, wealthy, healthy, popular and so on . . . and on ]

Of course there is nothing wrong with desiring some of such feelings. The seduction is delusional however, because the promise is a lie! The lie is that nothing outside of yourself can authentically supply these feelings.
Authentic feelings arise from embodiment or the lack thereof and come only from within. What we often consider difficult feelings are sometimes indicators of where we remain disembodied and thus disconnected from Soul within the body.
Feeling is the domain of the Goddess, so this is why in the shadow, Her principles get inverted by taking on the feelings of others and the world from the outside-in, usually proliferating more emotional manipulation, creative theft and the superficial disembodied presentations of glamour.


Yes, I'm taking a shot at the myriad of 'priestess' / 'goddess' offerings on the market, because donning an identity of 'priestess' or 'goddess' that's taken-on from the outside-in, is just another delusion!

When we surrender to the movement of feelings arising from the inside-out, it will generate original soul-sourced creativity and manifestation.
Incidentally original soul-sourced creativity is what the ‘Way Of The Authentic Woman’ process that I’ll be launching in 2023, seeks to foster, because the qualities of embodied women are called for to rebuild from this world's former old and outmoded ways founded in deceit, corruption and slavery - on a global-scale - and wether we realize it yet or not, we've all been party to it in some way.

As an aside, Maya is physical delusion - living someone else’s life, meaning and purpose (often without ever even realising it!) at immense cost to your own precious and divine soul directives. Directives that upon incarnating, you signed-up to serve with, via physical worldly actions.

And Illusion is the mental variety of delusion that clouds true vision, knowledge and wisdom. The outer and inner worlds abound with subliminal programming, propaganda, deliberately socially engineered psychological operations of every scale and imaginable angle, that demands soulful mastery and a sincere hunger for truth, to undo and then to no longer be affected by them.


SPIRITUAL TRUTH IS THE GATEWAY TO THE GODDESS - SELF

Which brings me to the matter of Spiritual Truth.
Humanity finds itself in the dire current state of affairs because we have collectively not nurtured nor respected our innate connection to Our Spirit - Our Soul, let alone heeded its Truths!
Many have been deceived into believing they do not even have one - a soul, that is!

Spiritual Truth is tested when attempting to enter The Goddess Self. This role in consciousness is guarded and held by Sapphire. This crystal of the Divine Feminine sphere, serves Humanity with wisdom to do with Spiritual Truth - that is the Simple Purpose she holds, gifts us with and tests us for.

If you'd like to take a bottle of the Sappire Liquid Crystal Remedy - overlit by Lady Celaeno, one of the 7 Pleiadian Sisters - for 21 days, you can get it here.

“Spiritual Truth is the Only way to step into The Goddess Self”
- Wise Lady Sapphire (through Justin M Asar, creator of The Liquid Crystals)

So there you have it.
It means we will not be getting away with side-stepping our delusions - the lies we’ve taken on, believed or have perhaps been telling ourselves and have lived by.
It means there's no side-stepping insincerities and facades, including the lie of smallness and not enough-ness!


The cyclic lunar way illuminates what's hiding out in the subconscious of us all! Is there any wonder women resist the true illuminating power of the menstrual cycle?

“We are either living for the truth or invested in protecting the lie.”
- Grant Eagles, Local Melbourne Legend

Sure, people are afraid of the truth because it asks them to change their minds, which usually demands a humbling of ego and that construct simply doesn’t do humble voluntarily.
It often seems a lot easier to just swallow the lie - until the pressure of the psychic exhaustion and existential pain of continuing to uphold the lie becomes unbearable.


COMPASSION IS THE SOOTHING SALVE

Given it’s the energy of The Goddess that’s rising through Human consciousness in these times, I’d say we’re in for continuing quite the collective ride for some time yet!
Just remember that compassion is the soothing salve.
If we can nurture compassion for ourselves and all we’ve put ourselves through then this is the first step in being able to hold our fellow brothers and sisters in compassion too - regardless of choices made, actions taken, suffering endured and even those who have hell to pay for their galvanising role - the sword of justice has much work to do.

Where is compassion to be found?
In the quiet in-between space.
Between thoughts.
Between thoughts and feelings.
Between our perceptions of ‘good’ and ‘evil’.
It is nurtured upon the noble Middle Road.
The road where shadows find purification in The Void to become forgiven and kissed with the soft light of compassion for Self.

May you be blessed with Grace upon the inevitable journey ahead of shedding what is not real and uncovering your Truest most authentic Self. 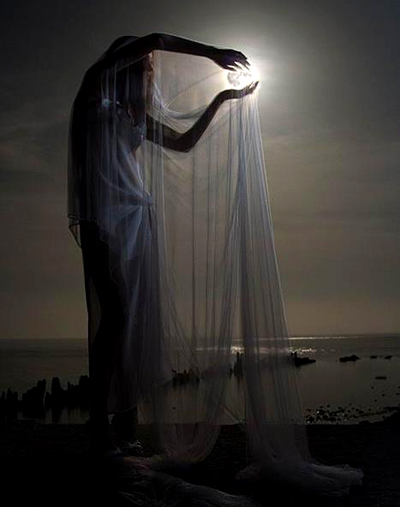 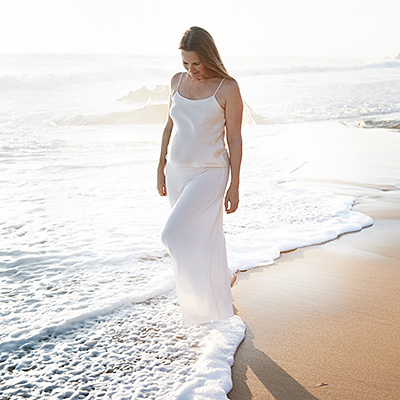 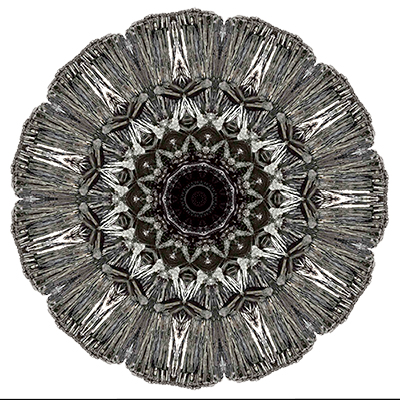 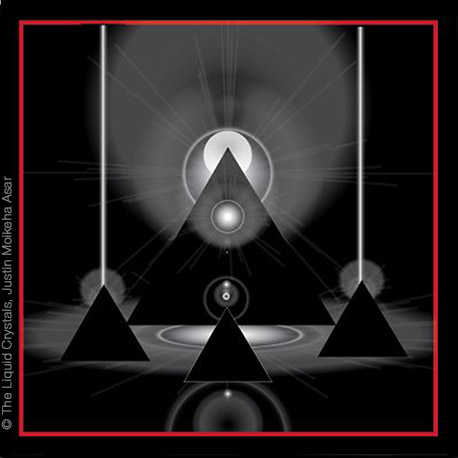 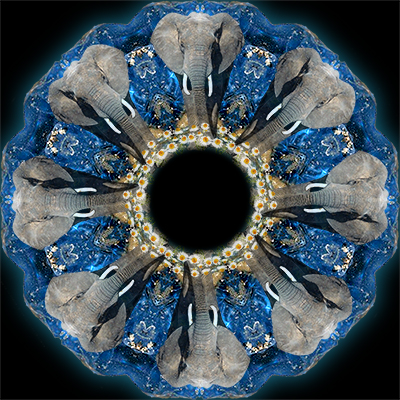 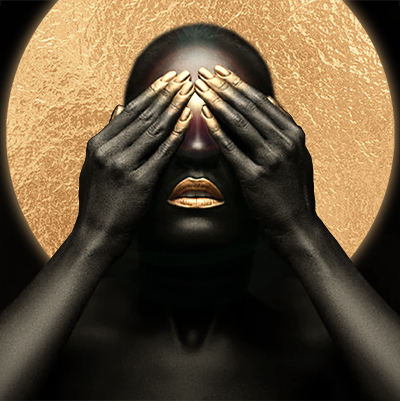 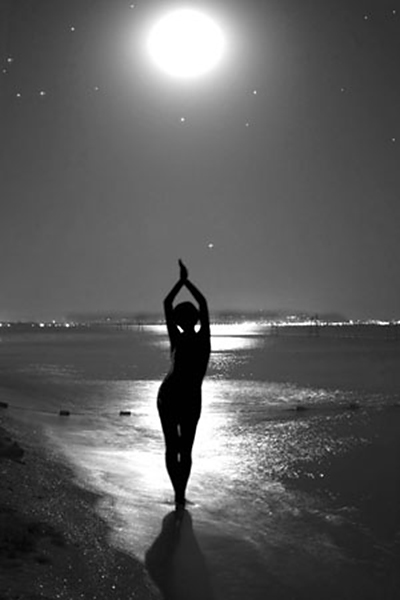 COME INTO YOUR SKIN
BECOME AN INSIDER
- OF YOURSELF

• learn how to benefit from these free chapters

• to live the Life you were Born to Create!